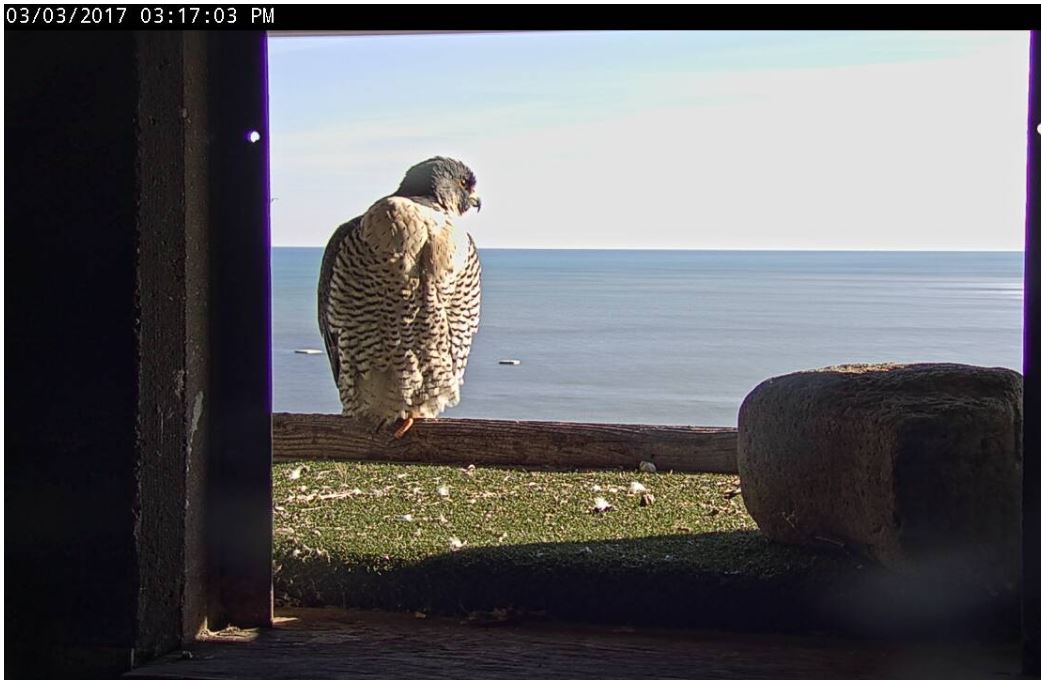 Throughout the United States, winter has been all over the board. We have experienced a warmer than average season in the Midwest and abundant amounts of snowfall in the western and northeastern states. While winter may not be able to make up her mind, Peregrine Falcons have decided it’s time to head back to Wisconsin, a sure sign spring is on its way.

However, as the days get warmer, younger falcons will be looking to establish a breeding site, while other adult males and females in the area will be looking for a new territory to claim. Patriot has not yet returned, but Valcor is not alone. A new adult male identified as “Bartell” (b/blu) 41/A has staked a claim on the Briess nest site with his eye on Valcor. Bartell was produced in 2015 at the MG&E power plant nest site in Madison, WI. It is likely this new contender will challenge Patriot, should he return to Manitowoc, and Patriot will have to prove himself before he can call Briess home once again.

So the question remains: Will Valcor and Patriot reunite? or will a new mate intervene?

LIVE Feed from the falcon nest box atop the Briess Manitowoc Grain Elevator.

For more information on the Wisconsin Peregrine Falcon efforts, go to: http://wwww.wisconsinfalconwatch.net/WI_FALCONWATCH.html