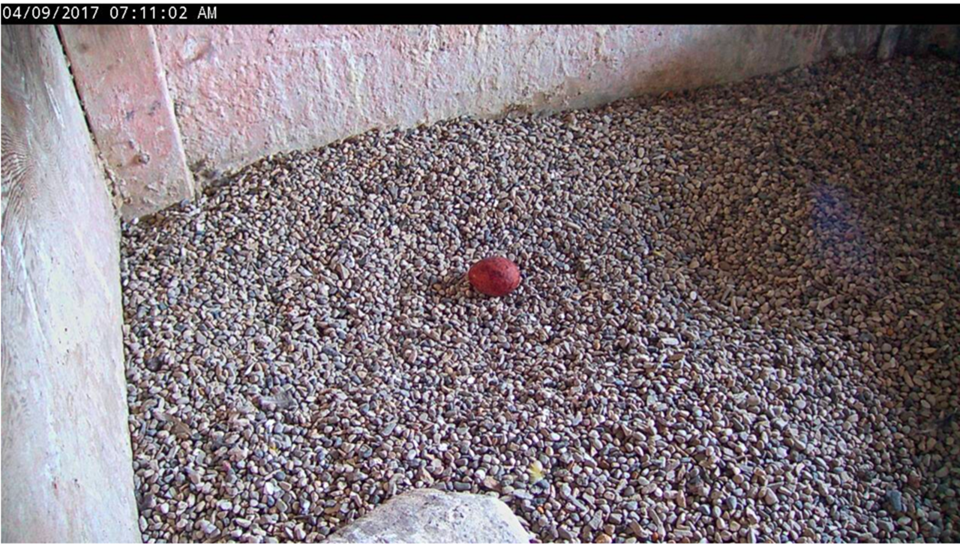 On Sunday, April 9, “Valcor” (b/g) N/22 laid her first egg. This is Valcor’s second year at the Manitowoc nest site. Her new mate appears to be “Bartell” (b/blu) 41/A, produced in 2015 at the MG&E nest site in Madison, WI. Last week, there was a territorial battle with who, we believe, was long-term resident, “Patriot” (b/g) E/36. Patriot has resided at the Manitowoc nest site for several years and in 2016 mated with Valcor. It appears that Bartell may have won this battle and is still present – however, things can and may change.

LIVE Feed from the falcon nest box atop the Briess Manitowoc Grain Elevator.