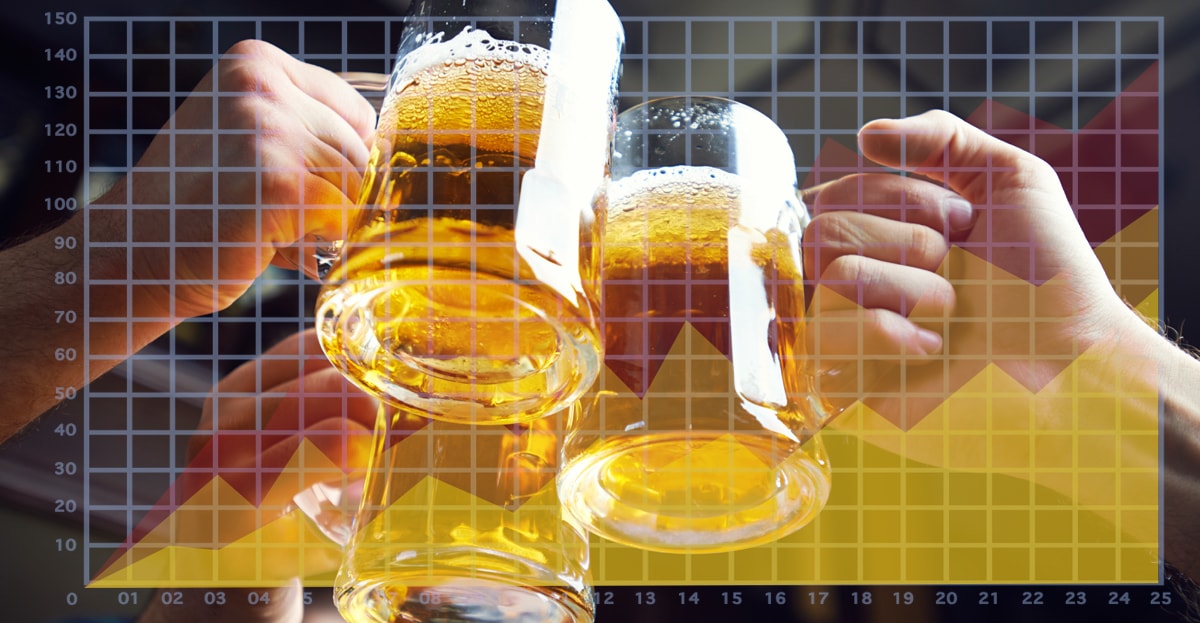 The BA recently released its annual “Year-End Review of the Beer Category and Craft Segments”  for 2016, presented by IRI. While the boom of craft beer may have slowed down from double-digit growth, there are still many positive insights we can build upon. Here are a few interesting takeaways from this years’ review.

According to IRI’s InfoScan Total U.S. Food 52 Weeks Ending January 1, 2017, “Despite its sales growth slowing in 2016, Craft gained the most share of any Segment. . .” This illustrates craft beer’s ongoing encroachment on the Super Premium and Sub-Premium beer space.

With no surprise, IRI reported IPA’s continuing to lead the way in beer styles with the highest dollar sales of craft beer. Furthermore, the Fruit/Veggie/Spiced category continued to be the fastest growing Craft IPA Sub-Style. Interestingly enough, Craft Golden Ales saw the highest percentage of change with a 40.5% year-over-last increase in dollar sales. In recent years, Craft Seasonal Beers have been a strong player, but for the first time in four years, Craft Seasonal Beer saw a negative trend.

Also on a positive trend was the growth in craft dollar sales in the Southeast Region, which encompasses: Mississippi, Alabama, Georgia, South Carolina and Florida. This region showed the strongest growth with a 9.0% increase from 2015 to 2016. As a younger contender to the craft beer industry the Southeast shows promise as it grows.

Get the full report

BA members can access the full report from IRI in the Power Hour Archives and Resources Center on the BA’s website.