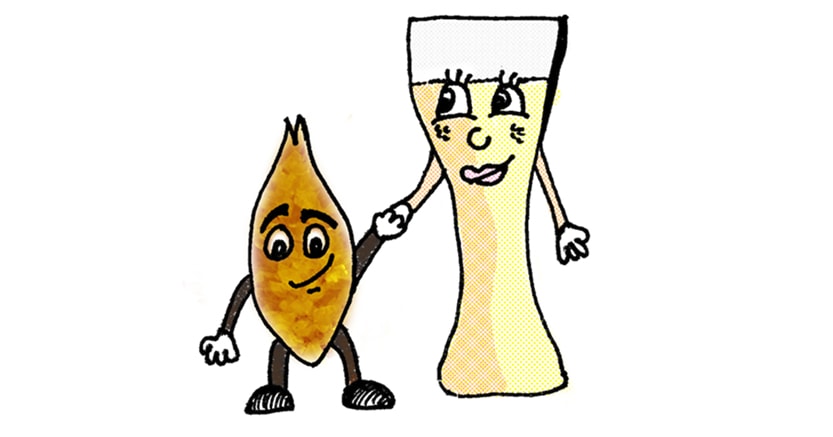 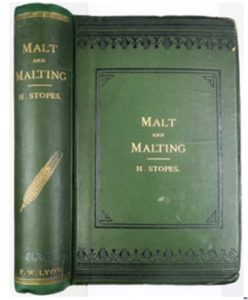 “It is curious how little is known on the subject of malt, not only by the general public, but by those who make, sell or use it.” – H. Stopes, Malt & Malting, 1885.

In late 2017, I read the above quote, and was struck by the truth and relevance of it, even today – 133 years after H. Stopes wrote it. Why is malt such a mystery? Many of the brewers I meet express a desire to learn more about malt and, usually through sensory education, I am able to help them experience “aha” moments that I know will translate to long-term memories.

Thus, it occurred to me, the best way to understand an ingredient is not to read about its origins, how it grows, or the process by which it synthesizes enzymes (although this is still important information). The way people connect to malt is to experience it and the best way to tie experience to long-term memory is through primitive brain pathways that begin with our senses of touch, taste, sound, sight and smell.

On June 30th at the 2018 AHA National Homebrew Conference in Portland, Oregon, I presented “Flavor Creation in the Malthouse (and its Impact on the Beer Styles of our Past, Present, and … Future?). I first suggested to the dedicated homebrewers who showed up to my Saturday morning presentation that a general understanding of malt has been lacking amongst beer drinkers and brewing professionals for a number of years. I then offered the idea that in order to develop a holistic understanding of malt, we must meet malt on a more personal level. For example, If I told you my genetic sequence, blood type and place of birth, would you feel like you had a good understanding of my overall personality? Of course not! Knowing the sensory attributes of malt is akin to developing a relationship with someone. It is relatable, and it is memorable.

I asked the audience to raise their hand if they have ever toured a malthouse. Many hands went up. I then asked if their tours had focused on the engineering and mechanics of the malthouse, and most nodded their head in agreement. Having been unable to wrap my brain around anything resembling an engineering conversation, I have always tried to understand the malting process through the eyes of the grain itself. For me, this is a more approachable way to learn and understand the biotransformation that occurs from barley to malt, and the flavor and color development that is realized through a myriad of chemical reactions driven by various drying methodologies. I then proceeded to give my audience a “flavor tour” of the malthouse, through the eyes of the barley kernel. I explained the conditions it faces, and what influences the pathways its contents will take to create flavors reminiscent of baked goods, dried fruits, candy, nuts, coffee and cocoa.

Nerding out one step further, I dove into the history of malt drying practices and how changes in these technologies have influenced malt styles and, by extension, beer styles over time. For example, if you wanted to make a truly traditional German Dunkel, you would include smoked malt in your recipe, as the malt kilning technology of the day involved drying malt on a perforated floor over a fire directly below. This would have resulted in malt with a distinct smoke flavor.

I closed the presentation with my musings on how innovations in the malt supply chain will lead to entirely new beer styles in the future. Maltsters might ask themselves which combinations of grain type, modification level, time, pH, temperature and moisture, etc., have we yet to explore? Breeders and Growers may consider what new breeding and growing strategies they can employ. Brewers might investigate what novel ways they can put malt to work in the brewing process. Additionally, and perhaps more promisingly, equipment manufactures might ask themselves which technologies exist in other, similar food processing industries that could be modified to suit malting? Recall that Daniel Wheelers 1817 Patent on a “New or Improved Method of Drying and Preparation of Malt” was simply an adaptation of a coffee roaster. His technology birthed the production of Patent Malt and significantly altered the Porter beer style of the time that traditionally used unevenly kilned brown malt for dark colors.

As an additional step in my journey of helping others to learn about malt in a more simplified and relatable way, I have created a Malt Style Guide. This is meant to be a concise, general reference document to categorize common malts by their production method. Unique and proprietary malts are not included here, as their production method is not freely shared.