Earlier this month, Briess was host to more than 40 brewers from 21 Breweries from across the country to attend a two-day Malt+Brew Workshop. Brewers came from as far West as Kailua-Kona, Hawaii from Kona Brewing Company and as far East as Frederick, Maryland  from Flying Dog Brewery, and everywhere in between.

The two-day and a half-day event kicked off with Wisconsin hospitality at Ethel’s Pub & Grill with a Brats, Burgers & Beer Social. 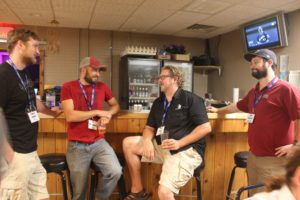 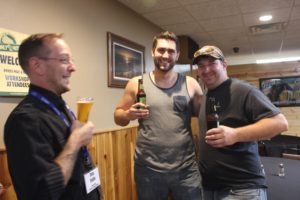 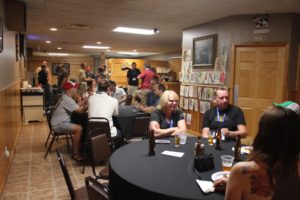 But this event was more than burgers and beer (though we had our fair share of beer).The first full day of activies started bright and early with several educational presentations that focused on Malt, Barley, and Beer. Special guest speaker Joseph D. Hertrich, Retired Group Director, Brewing Raw Materials Anheuser-Busch, Inc., gave a presentation on “Malting Barley: Production and Acquisition”. Briess Chilton Malthouse Plant Manager,  Vince Coonce, gave a in-depth presentation on “The Art of Malting and Handcrafting Specialty Malts.”  With the group now well versed in the malting process, it was time to dive in and tour the Briess Chilton Malthouse. 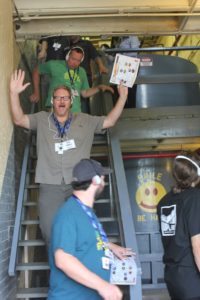 The Chilton Malthouse is one of three of Briess’ malting facilities, and it is the smallest of the three with a o1.1 million bushel capacity (36 million lbs). But one Malthouse tour is not enough to get the full picture of the diversity, scale, and size of Briess’ malting capabilities. So we boarded the bus and headed to Manitowoc, WI to tour the recently acquired, 4.3 million bushel storage capacity (4x the size of the Chilton Malthous, WOW!) grain handling operation.

The Briess Manitowoc Grain Handling Operations is quite a facility to take in and explore. It encompasses 179 bins, a 12 story cleaning and grading elevator, 50-car rail spot, and has lake front access to Lake Michigan port and marine tower that offers capability to unload grain from bulk carrier ships. The Manitwoc Malthouse 6 is a large scale base malt malthouse house with 24 steep tanks, four germination compartments, and one kiln. It has batch capabilities of 432,000 lbs of raw barley during steeping and 345,600 lbs capacity of finished malt. 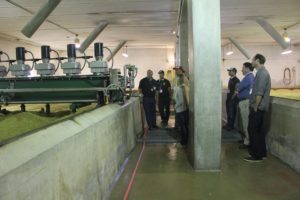 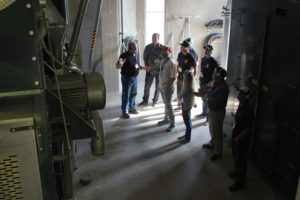 After the long day of tours, it was time to kick back, relax, and have some fun and beer. Dinner was held on the balcony of the Manitowoc Maritime Museum, overlooking Lake Michigan and the Manitowoc River, with a perfect view of the the Briess Grain Operations Facility. The food from the Courthouse Pub was fabulous and it was a perfect time to get to know the brewers. Briess Division Managers, Technical Service Team Members, Marketing Team Members, and Customer Service all joined the dinner to mingle with brewers and have quality one-on-one time. 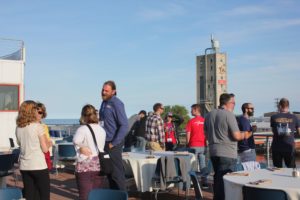 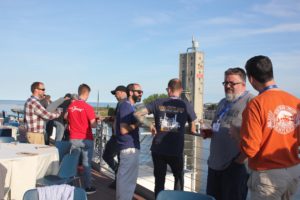 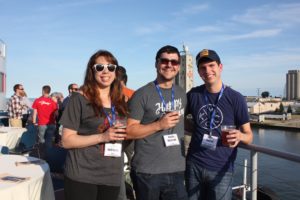 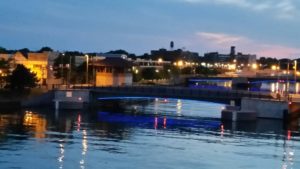 But the fun didn’t end at dinner, because what kind of workshop would it be with out more beer and bowling? So it was back to Chilton to Pla-Mor Lanes. And that was only Day One! 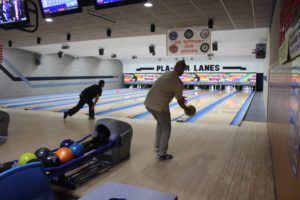