I had the opportunity to brew with a great bunch of brewers recently at Capital Brewing Co. in Middleton, Wis. Members of the Wisconsin Brewers Guild got together to brew two-30bbl batches of Bière de Garde using only Wisconsin malts, hops and honey. Briess supplied the specialty malts, while South Shore Brewery of Ashland, Wis., provided base malt made from Wisconsin barley for this Wisconsin-centric brew.

Briess specialty malts used in the brew included our new Goldpils® Vienna Malt,  Aromatic, Malt, Victory® Malt and Caramel Malt 10L. The beer will be served at various bars throughout the Madison area during Madison Craft Beer Week from Friday, May 3, until Sunday, May 12. All proceeds benefit the Wisconsin Brewers Guild.

Can you find these brewers in this pix? Scott Manning of Vintage Brewing, Tom Porter of Lake Louie, Rob Lobreglio of Great Dane, Kirby Nelson of Wisconsin Brewing Co., Page Buchanan of House of Brews, Ryan Koga of Karben4 Brewing, Peter and Dan of One Barrel Brewing and Mark Duchow of Grumpy Troll. 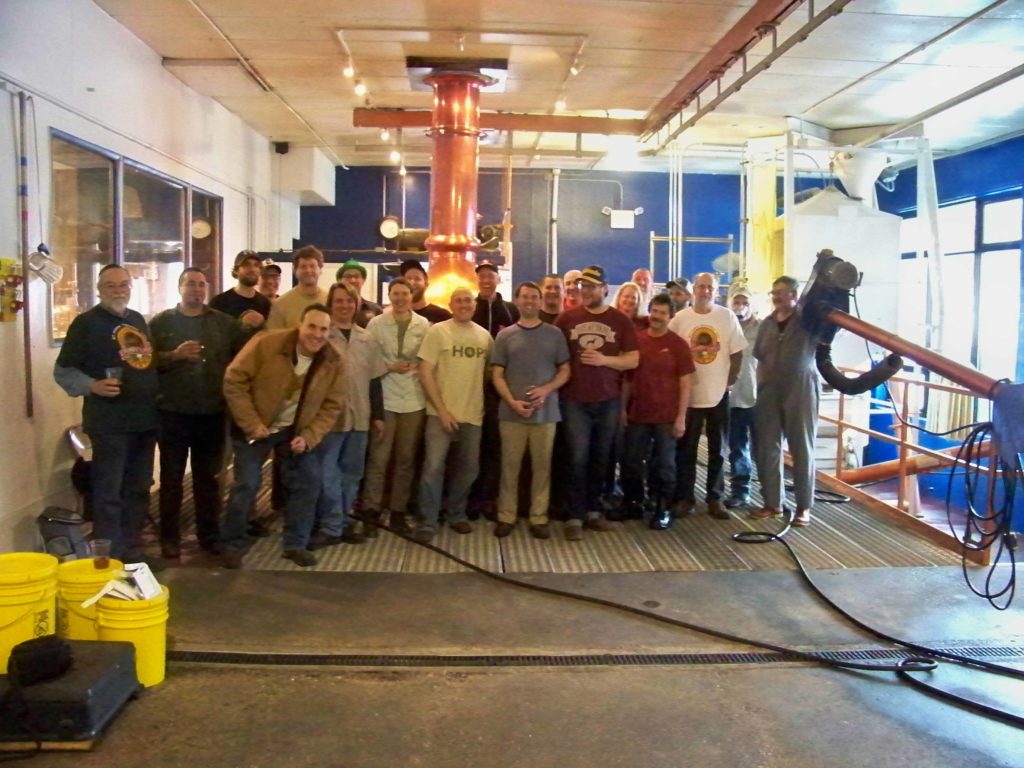