This is the go-to malt when brewing Stout and some Porters, where it’s frequently used at 3-7%. Or use in a wide variety of styles for complexity. It also adds color to foam. Black Malt doesn’t.

Dave Richter, Briess Division Manager for western states, noted it’s important to remember that Briess Roasted Barley isn’t a 1:1 substitute for imported Roasted Barleys, most of which are closer to 500º L. But if you make color adjustments in order to substitute , expect a pleasant surprise. Briess has an appealing roasted coffee flavor that’s different from other Roasted Barleys, and customers often tell us they won’t brew certain styles of beer without it. 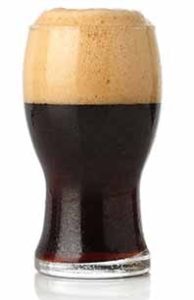 Keep in mind that Roasted Barley is not a substitute for Black Malt (500º L), which is much darker and used most frequently for color adjustment. Black Malt also contributes bitter, dry notes when used at more than 3% or so, depending upon the style you’re brewing.