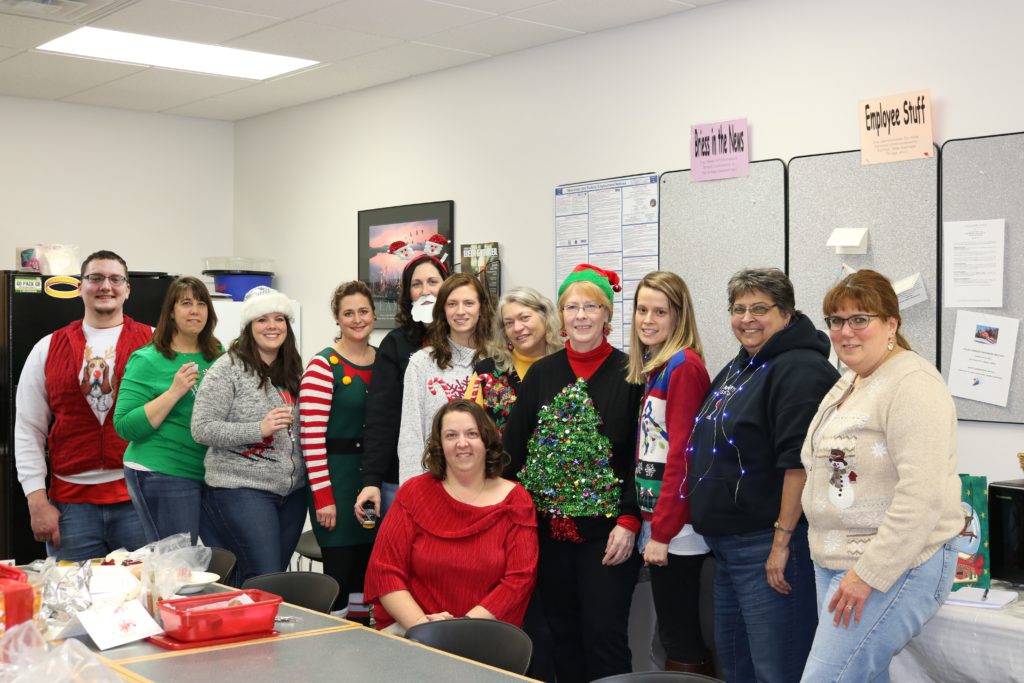 ‘Twas the week before Christmas, when all thro’ the office,
There wasn’t a complaint to be heard, not even from the bosses.
Christmas sweaters were worn, to make it a festive affair,
Some even wore sparkling hats and fancy eyewear.
The lunch room was filled with cookies and malted milk balls,
And a holiday brew after all the customer calls.
As the employees gathered, the room filled with chatter,
But who wore best Christmas sweater was the only subject that matter.
The competition was fierce with sweaters that twinkled,
While others were strung with tinsel and jingled.
And one made a striking resemblance to Cousin Eddie,
They debated and discussed until some exclaimed “it’s time to make a decision already!”
It was decided the verdict would be made by a diplomat,
So they resolved to draw a name from a hat,
Once they chose a referee,
The name that was drawn was Andrea B.
A toast was made to celebrate, as the event was quite a sight
The team cried out, “Merry Christmas to all, and to all a good night.”