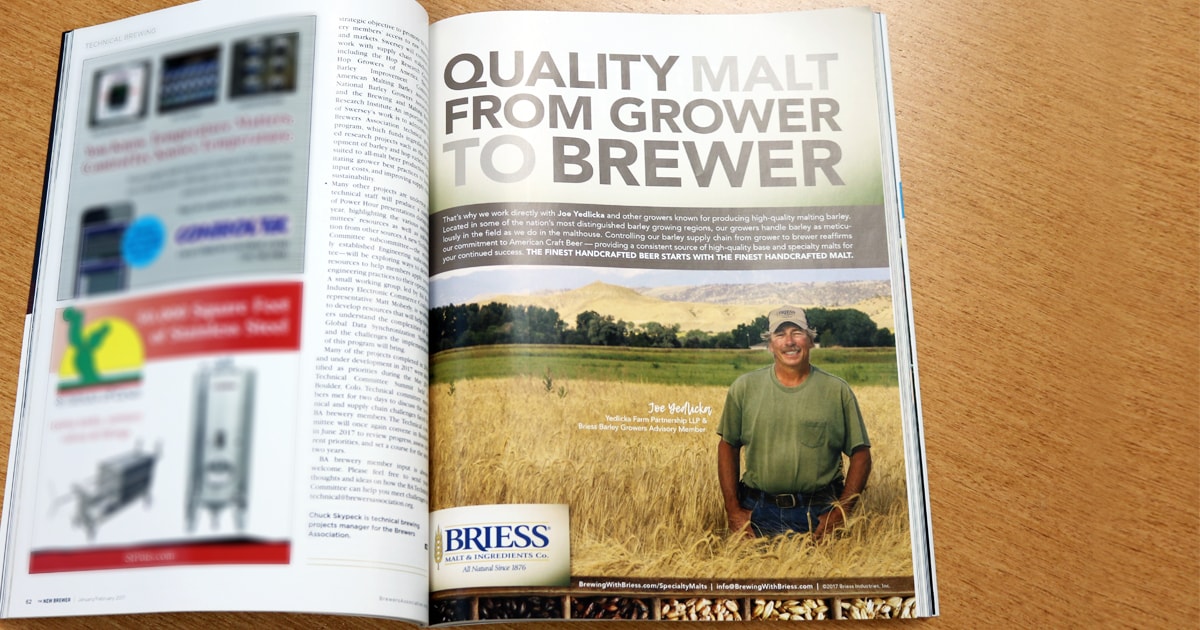 If you flip to page 62 in the latest issue of The New Brewer, you may notice a new and refreshing look to Briess. We felt like it was time to dive deeper and introduce you to the people behind the malt. Briess works with a network of over 300 barley growers located in America’s premium barley growing regions. These men and women handle your barley as meticulously in the field as we do in the malthouse. Their hard work and dedication runs year-round, from prepping fields to spring planting, to fall harvest, these folks are the heart and soul of Briess barley. 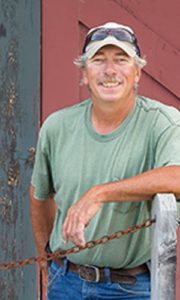 Joe Yedlicka, featured in this ad, is a fourth-generation Montanan who farms and ranches on the original homestead. His great-grandfather bought the farm from a Crow Indian in 1897 after immigrating to the U.S. from Rahicany, Bohemia, or what is now Czechoslovakia. In college Joe worked part-time for UPS year-round and several summers at a local golf course. After graduating from Montana State University-Billings with a Bachelor of Science Degree, he and his wife Lisa moved back to the family farm. They will be celebrating their 22nd wedding anniversary in April. Joe farms with his dad and brother Kevin. They grow malt barley, corn, hay and raise Angus cattle. Joe is a director on four irrigation canal companies, a director on the local fire board, a volunteer fireman, member of the local FFA alumni and on the Briess grower advisory committee. “I enjoy the challenges of a new crop year and try to learn from my mistakes of the past and build on my successes for the future,” Joe says.